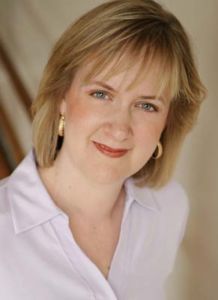 For over 25 years Beth Roberts has been a dedicated and accomplished voice teacher and music educator. This fall Ms Roberts will join the Full Time Faculty at Montclair State University. Previously she was on the faculty of Mannes College The New School for Music since 1996 and served as Coordinator of the Vocal Department since 2001. Her voice studio has produced principal artists in many national and international professional venues, including the Metropolitan Opera, Munich Opera, Zurich Opera, San Francisco Opera, Seattle Opera, Saint Louis Opera, Covent Garden and La Scala. Students of Ms. Roberts have been finalists and winners of such major vocal competitions as the Metropolitan Opera National Finals, the Cardiff Singer of the World Competition, the Giuseppe di Stefano Competition, the Jenny Lind Competition, the Gerda Lissner Competition, the Giulio Gari Competition and the Joy of Singing Competition. Others have entered young artist programs at Merola, Wolf Trap, Glimmerglass, Santa Fe, Tanglewood and Chautauqua. Ms. Roberts has been a vocal instructor for the Washington National Opera Domingo-Cafritz Young Artist Program, the Opera Theatre and Music Festival of Lucca (with the University of Cincinnati), a guest lecturer at the Classical Singer Convention, and an adjunct faculty member at the Westminster Choir College. She has served as an adjudicator for numerous competitions, including the Schmidt Vocal Competition, Fulbright Scholarship and the Finals of the Concours de Musique du Canada. She is a current faculty member of Voice Experience with the Savannah Voice Festival. A lyric soprano, Ms. Roberts has sung with many opera companies throughout the United States, including the Santa Fe Opera and the Washington Opera, and performed numerous concerts at such prestigious venues as Carnegie Hall. She was a Metropolitan Opera National Council Regional Winner and a Liederkranz Foundation Competition Winner. She has also recorded for radio and television. Ms. Roberts earned a Bachelor of Music degree from the Eastman School of Music and a Master of Music degree from the Manhattan School of Music. She is a member of the National Association of Teachers of Singing and the Screen Actors Guild.

Beth Roberts was Guest Faculty at the 2019 Schmidt Vocal Institute.