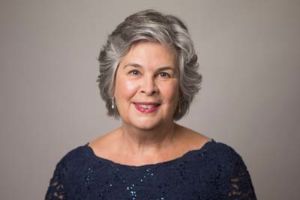 Soprano Amy Jarman has been hailed by the Los Angeles Times for her “radiant tone and moving phrasing.” She is an active performer, appearing in opera, concert and oratorio performances at universities and music festivals in the U.S. and abroad. Ms. Jarman has been a guest artist at the Vocal Artistry Art Song Festival in Albuquerque, N.M., the Festival of American and Bulgarian music in Sofia, Bulgaria, the Baroque Festival of Corona del Mar, California, the Dame Myra Hess Concert Series in Chicago, and the Rocky Ridge Music Festival in Estes Park, Colorado. Jarman has appeared in concert in London, Leeds, Manchester, and Bristol, England and given master classes on American art song at the Royal Northern College of Music and the Guildhall School of Music and Drama. She is on the voice faculty at the InterHarmony Music Festival in Acqui Terme, Italy. Ms. Jarman has sung roles as diverse as Mímí in La Bohème, Countess Almaviva in The Marriage of Figaro, Desirée Armfeldt in A Little Night Music, and Madeline Mitchell in Jake Heggie’s Three Decembers. Jarman is a member of the voice faculty at Vanderbilt University’s Blair School of Music.