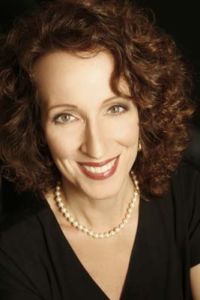 A native of Oregon, Christina Haan now makes her home in Cincinnati, Ohio. She has a Doctorate of Musical Arts from the Cincinnati College-Conservatory of Music. Dr. Haan brings a wide variety of experience with her. She worked for Portland Civic Theater as pianist, chorus master, and assistant conductor, performing shows ranging from Anything Goes to Jesus Christ Superstar to Sweeney Todd. After an apprenticeship with Cincinnati Opera, she worked for Kentucky Opera, Sorg/Whitewater Opera, Dayton Opera, and Cincinnati Opera, in capacities such as répétiteur, chorus master, coach, and assistant conductor. Dr. Haan has played in the pit with the Cincinnati Symphony Orchestra for many operas, on the piano, harpsichord, organ, or electric keyboard. She continues to contract with them occasionally, sometimes even playing the accordion. Dr. Haan is in great demand as a collaborative and solo musician, having been featured many times with groups such as Portland Chamber Ensemble, VAE (a professional choir), Cincinnati Chamber Orchestra, and Knox Presbyterian Church, where she is currently the organist. Her engagements have taken her to Chicago, New York City, Washington DC, England, France, Italy, Austria, and many other venues. Having previously worked as a coach and collaborative pianist at Cincinnati College-Conservatory of Music, The Ohio State University, Central State University, University of Louisville, Xavier University, Bel Canto Northwest, and the CCM Lucca program, Dr. Haan currently teaches at the American Institute of Musical Studies in Graz, Austria, and Miami University of Ohio. Her duties at Miami University include coaching and collaborative playing, and teaching Diction (English, Italian, German, and French) and Song Literature. Dr. Haan has played for Schmidt Vocal Competitions at various schools for many years, and is excited to see the national competition come into existence.

Christina Haan is Resident Faculty at the Schmidt Vocal Institute.