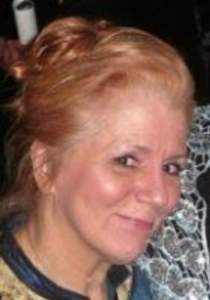 Cindy C. Oxberry has over 35 years of experience in the opera world. After a successful career as a singer on both the operatic and Musical Theatre stages around the United States, Ms. Oxberry decided to parlay her experience into directing in both genres. Her passion for education led her to diversify her career and include working as a dramatic coach. From active professionals to young artists on the verge of a career, Ms. Oxberry has been sought after for her knowledge and career advice. Her passion for mentoring the young beginning artist has always remained close to her heart. Ms. Oxberry got her start as a director when she was invited to work at several summer opera festivals. Her official directorial debut was with a production of The Face on the Barroom Floor at Opera North followed by two summers as an assistant director for the Central City Opera (Colorado) for the productions of The Ballad of Baby Doe and Susannah. For the past 25 years she has served as a house assistant director for Washington National Opera. She was most proud to be invited by Placido Domingo to Mexico City and to the Palacio de Bellas Artes to celebrate his 40th anniversary directing the production of Fedora. For the past 22 summers, she has worked for the Education Department of The Kennedy Center as Faculty Director, stage director and acting instructor for Opera Institute, a competitive training program for your high school singing artists who may want to attend universities or conservatoires and major in music.. She also works at the Duke Ellington School of the Arts as director for their opera scenes program. A frequent presenter in master classes, Ms. Oxberry has worked with young artists with LA Opera, Washington National Opera, Florida Grand Opera, Manhattan School of Music, Juilliard School of Music, Baldwin Wallace University, The Baltimore School for the Performing Arts and Catholic University of America. Ms. Oxberry is a native of New York and earned her Bachelor’s degree in Opera Theater at The Hartt School and her Master’s degree in Voice from the Manhattan School of Music. She is very proud to be returning to her graduate school to direct their Fall 2021 Opera Theatre production of Orpheus in the Underworld, by J. Offenbach. She sang a diversity of roles with such companies as New York City Opera, Texas Opera Theater, Chautauqua Opera, Opera Omaha, Central City Opera, Skylight Comic Opera, Boston Lyric Opera, New Jersey Opera Association, and the Connecticut Opera Association.