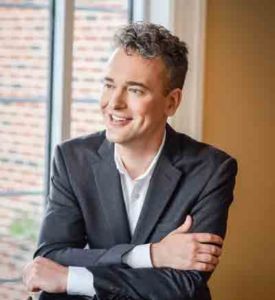 Daniel Solberg is a staple in the professional music scene in Atlanta and has earned widespread respect as a pianist, organist, and orchestrator. At Georgia State University Daniel was collaborative pianist and coach for seven years and served as music director for the opera program. Daniel produces “Christmas on Clairemont” – an annual Atlanta community Christmas concert that benefits a charitable organization while featuring world-class, Grammy award-winning talent. Daniel’s musical sensitivity as accompanist has led him to play for many distinguished performers including two-time Grammy award-winning singer, Sylvia McNair. After graduating summa cum laude from Millikin University, Daniel earned the title of “youngest director on the high seas” and played for many of the biggest cruise ship entertainers, including Mark Preston from the Letterman Trio. He has also played more than once under the direction of world-renowned conductor Don Neuen as well as under the direction of several members of the New York Voices. When Daniel is not playing the piano, he enjoys serving as organist at First Baptist Church, Decatur.