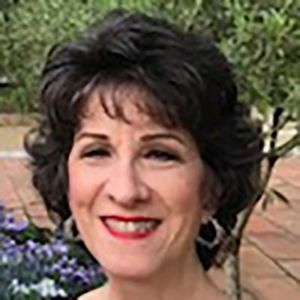 Mezzo-soprano Gail Dubinbaum has had an International career in Opera and Concert performing leading roles with the Metropolitan Opera, Vienna Staatsoper, Israel Opera and L’Opera de Montreal, as well as many companies in the United States. In concert, Ms. Dubinbaum has sung with the orchestras of Boston, Cleveland, Israel, Los Angeles, New York, Pittsburgh and San Francisco and in Festivals in Ann Arbor, Aspen, the Hollywood Bowl, and Tanglewood, with such renowned conductors as Leonard Bernstein, Carlo Maria Giulini, James Levine, Zubin Mehta, Gerard Schwarz and Michael Tilson Thomas. Known for her portrayals of Rossini and Mozart heroines, Ms. Dubinbaum has also distinguished herself in recital, having worked closely with the legendary soprano, Elisabeth Schwarzkopf. Televised appearances include “In Performance at the White House” and “Live from the Met” and her DVD recordings include “Francesca da Rimini” with the Metropolitan Opera and the “Met Centennial Gala.” A highly regarded Master Teacher, she has taught voice for the Aspen Music Festival and Festival International Opera. Her private studio has produced singers who consistently win national competitions and land leading roles with major opera companies. Ms. Dubinbaum is also proud to be the Creative Director of the Phoenix Opera and Co-founder of the Southwest Vocal Competition.