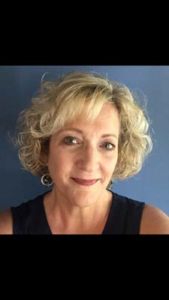 Kathleen Hacker, soprano, made her New York debut as soloist with the American Symphony Orchestra at Alice Tully Hall and has sung with symphony orchestras across the country, including those of Baltimore, Detroit, Pittsburgh, Kansas City, Cincinnati and Indianapolis. As a chamber musician, where she is most at home, she has appeared at the Marlboro, Bard and Aspen Music Festivals and has been heard on Chamber Music Series throughout the country and abroad, with more than 500 concerts to her credit. Kathleen holds degrees from the Eastman School of Music where she studied with Jan DeGaetani and received the coveted Performers Certificate in both Opera and Voice Performance.  She earned her doctorate of music from Indiana University. Kathleen is Professor of Music and Director of Vocal Studies at the University of Indianapolis where she teaches all things vocal, leads professional development and creativity classes, and directs the University of Indianapolis Opera Theatre. An avid supporter of the emerging young singer, she serves as judge and clinician for the Schmidt Vocal Competition, teaching at many sites throughout the country, and since its inception, has been a screener, judge and clinician for the Michael Feinstein American Songbook Foundation and its Songbook Academy Summer Intensive.