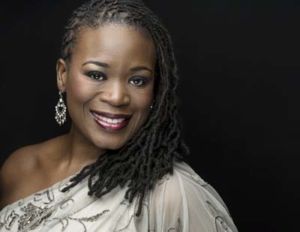 Applauded for her “wonderfully rich,” “powerful,” and “captivating” voice, American singer LaToya Lain, a native of New Orleans, Louisiana, studied voice at the University of Cincinnati – College Conservatory of Music, Florida State University, and the University of Nevada, Las Vegas. Before joining the voice faculty of the University of North Carolina at Chapel Hill, Dr. Lain served on the voice faculties of Central Michigan University, New York University, and Oakwood University.  Equally at home in the teaching studio and on the performance stage, LaToya’s most recent engagements include performances of Gershwin’s Porgy and Bess at the Alte Oper in Frankfurt, Hamburgische Oper, and the Köln Philharmonie. She has recently been contracted to join the Porgy and Bess Production this coming fall at the Metropolitan Opera in New York City. She has presented recitals and master classes at Oberlin College & Conservatory of Music, the University of New Mexico, University of Delaware, Murray State University, SongFest in Los Angeles, and The International Congress of Voice Teachers in Stockholm, Sweden just to name a few. Dr. Lain’s research includes the intensive study and performance practice of Negro Spirituals. She has performed her lecture recital “Narrative of a Slave Woman: Songs of Hope, Justice, and Freedom” on concert stages and universities throughout the world.