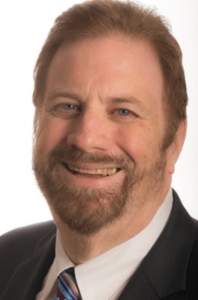 Lloyd Mims, baritone, is Professor of Music and Dean Emeritus of the School of Music and Fine Arts at Palm Beach Atlantic University. He holds the Bachelor and Master’s degrees in music from the University of Southern Mississippi and the Doctor of Musical Arts degree from The Southern Baptist Theological Seminary. In addition to his academic degrees, Dr. Mims did additional study at the Juilliard School and the America-Italy Society and was a fellow with the Bach Aria Festival in Stony Brook, New York. He has sung numerous recitals and performed roles with Kentucky Opera and Mobile Opera, sung solo performances with Ballet Florida, the Louisville Chorus, the Louisville Orchestra the Louisville Bach Society, the Asunción National Philharmonic (Paraguay), The Choral Society of the Palm Beaches, and the Masterworks Chorus of the Palm Beaches. He has served on the Board of the National Association of Teachers of Singing (NATS) as Governor of the Southeastern Region and then as national Secretary-Treasurer. He has hosted numerous NATS events and chaired several national committees. Dr. Mims is a member of Phi Mu Alpha Sinfonia and Pi Kappa Lambda. He has judged numerous regional and state vocal festivals as well as Classical Singer Convention competitions. He has been a guest choral conductor in Germany, France, and the Southeastern United States. He and his wife, Marilyn, teach voice and opera at the Fondation Bell’Arte’s Summer Session each year at the Conservatory Vincennes in Paris. Dr. Mims has served churches in Florida, Mississippi and Kentucky as Minister of Music, and as cantor in Reformed congregations in Kentucky and Florida. Dr. Mims also serves as music director of the PBA Symphony.