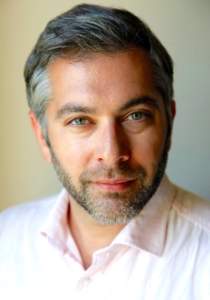 Baritone, Nikolas Nackley, is in demand for his work on both the concert and operatic stage in California, the East Coast, and abroad.  He has been heralded by the San Francisco Chronicle as “sonorous and heroic” and praised by the Boston Globe for his ability to “continually impress with his beautiful voice and acting.”  Recently featured in the title role of West Edge Opera’s critically acclaimed “Il ritorno d’Ulisse in patria”, last summer, Nikolas sang the role of Captain Bouchardon in the West Coast premiere Matt Mark’s opera, “Mata Hari”, also with West Edge Opera.   Other recent credits include the role of Joe Pitt in the West Coast premiere of Peter Eötvös’s opera, “Angels in America”, with the Los Angeles Philharmonic, Adonis in Blow’s “Venus and Adonis” with Marin Baroque, Bach’s “St John Passion”  Mozart’s Requiem with the SF Bach Choir, Santa Clara Chorale, and Bay Choral Guild,  Figaro in Paisiello’s “Barber of Seville” with WEO’s Opera Medium Rare, Haydn’s “The Seasons” and Bach’s “Mass in B Minor” with Marin Oratorio, the West Coast premiere of Kaija Saariaho’s “The Tempest Songbook” with Cal Performances and recital series in New Castle, England.

Highly sought after as vocal master teacher, vocal adjudicator, choral conductor, clinician, and director, Nikolas is on the voice and opera faculty at the School of Music at SF State University as well as UC Berkeley where he is the director of vocal studies.