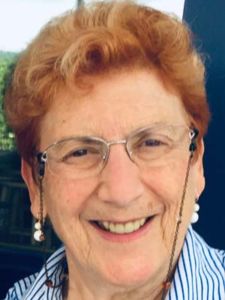 Ms. Freni was born in New York City, attended The Juilliard School of Music and the New York College of Music and studied with Karin Branzell, Alexander Kipnis, and Gabor Carelli.  Ms. Freni made her European debut with the Bavarian State Opera in 1964 and for the next 15 years sang guest performances at various opera houses in Europe including Lisbon, Dusseldorf, Stuttgart, and Zurich.  Her American debut was in 1972 with the National Symphony under the baton of Antal Dorati. In 1977 RoseMarie Freni became a member of the New York City Opera where she remained as soloist for 22 years. In 1991 she made the transition from mezzo-soprano to soprano and sang the roles of Lady Macbeth, Ariadne, Turandot, Abigaille, and Aida.  She performed regularly with the San Diego Opera, Atlanta Opera, Miami Opera, Sarasota Opera, and San Antonio Opera, among others. Her symphonic engagements include the Israel Philharmonic, Brooklyn Philharmonic, American Symphony Orchestra, Hudson Valley Philharmonic, Minnesota Orchestra, and the Bavarian and Stuttgart Radio Symphony Orchestras. From 2000-2013, Ms. Freni taught the Apprentice Artist and Youth Opera programs at Sarasota Opera in Florida.  Ms. Freni resides in Charlotte, North Carolina where she has her own voice studio.